Blog » Which One Should You Choose? Lag Bolt vs. Carriage Bolt

Whether you’re building a treehouse or refurbishing your deck, bolts can be a handy tool, especially if you’re using the right ones.

Going to the hardware shop or browsing online for some bolts can be tasking if you’re unsure of their differences.

You might even purchase the wrong type of bolt for your project.

To prevent that, we’ll be looking at the differences between two of the most commonly used bolts: lag bolts and carriage bolts.

If you’re asking yourself when you can use lag bolt vs carriage bolt, each type of bolt has its distinctive physical appearance and application.

For instance, a lag bolt usually has longer threading, but the differences don’t end here.

Stick around to get a better idea of which one you might want to add to your cart.

Lag Bolts in a Nutshell 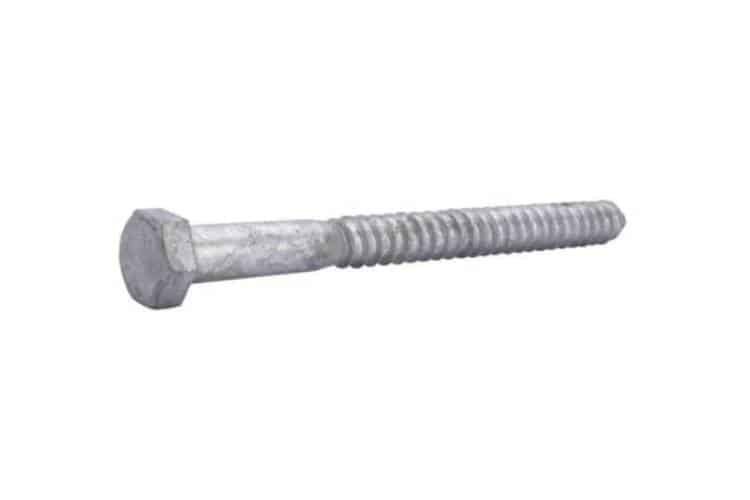 Let’s start from the top. When you look at a lag bolt’s head, you’ll first notice its hexagonal or squared shape. It turns out these kinds of heads are perfectly sized for your handy wrench.

When we scoot down lower, you might notice that the threading of a lag bolt stops about halfway and sometimes further.

A lag bolt ends right at the end with a pointed tip, like most screws.

What does this mean for you? Well, you’ll be joining two pieces of material without using a nut.

Similar to a screw, once you drill a pilot-hole, your lag bolt (often called a lag screw, by the way!) will dig into the wood for a tight and secure hold.

When it comes to material, lag bolts are often made of heavy-duty stainless steel (many times galvanized for outdoor use), since they’re used in construction projects that require a lot of muscle to hold things together.

Carriage Bolts in a Nutshell 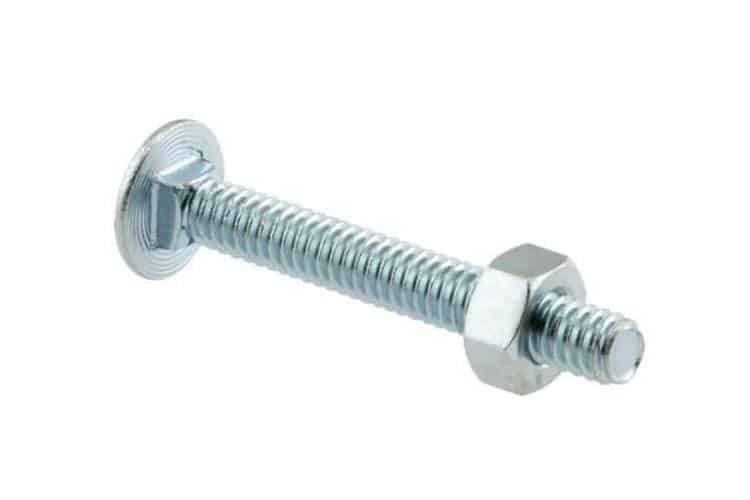 If you’re holding a lag bolt and carriage bolt together, you’ll be able to tell the difference firsthand.

Let’s look at the top. You’ll notice that, unlike the lag bolt’s angular shape, a carriage bolt’s head is circular.

If you look a little closer under the head, you can also spot a square-shaped neck. You see, it has this shape to add more hold when fastening.

As such, you’ll pre-drill a channel big enough for the carriage bolt to tunnel through.

The carriage bolt usually “carries” through two pieces of material and out the other side.

This excess is then available for a nut to twist on and hold the bolt and materials in place tightly.

When to Use Lag Bolt vs. Carriage Bolt

By now, you’ve got a good look at each bolt’s physical appearance. Now, let’s talk about uses. Which is better for which job? 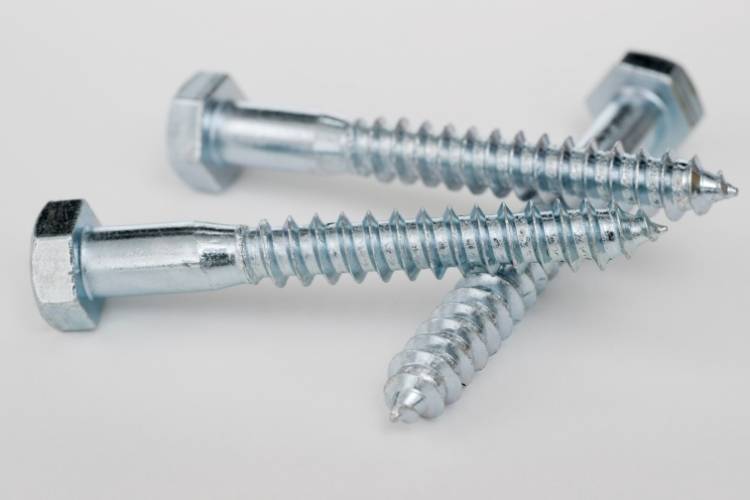 As a general rule, lag bolts are a kind of reinforcement. They’re mainly used to add more stability to your project.

Their undeniable strength allows them to hold together heavy lumber pieces.

In my experience, I’ve gotten the best use out of lag bolts from using them on my deck.

You can easily screw them in wood with a wrench without any washers or nuts.

Lag bolts are also often used when building treehouses, sheds, or garages. Here’s why: they’re able to provide a stable base joining for your outer building.

Alternatively, you can use lag bolts to build smaller DIY projects.

If your kids aren’t getting enough sun time, maybe it’s time to make them a wooden climbing wall lodged next to a tree (perhaps a treehouse). 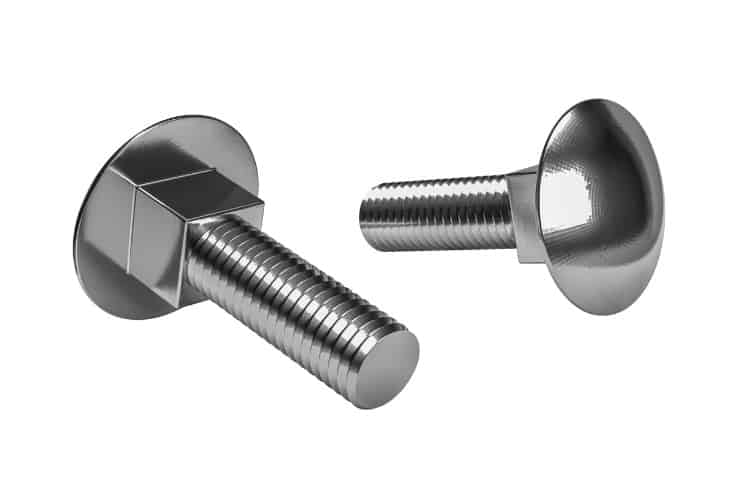 With a carriage bolt, the options are endless, and for a good reason. These bolts can carry a ton (literally). 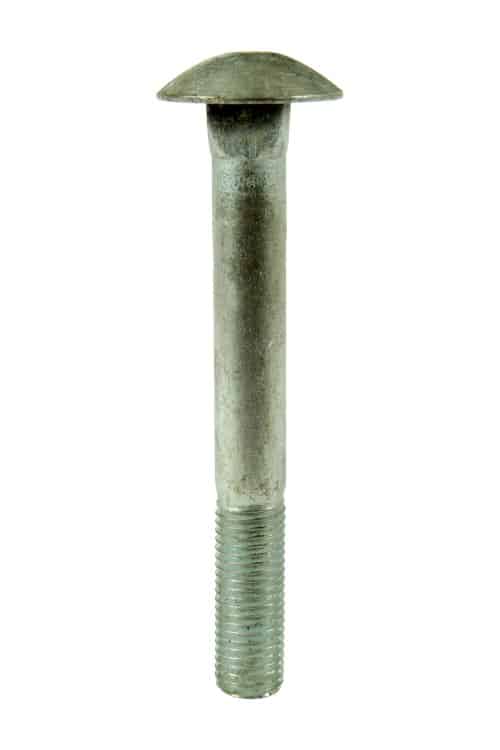 On the other hand, lag bolts are used in less demanding building plans since they’re usually thinner in appearance and don’t use nuts and washers.

The extra equipment provides carriage bolts with the added stronghold to fasten and adjoin pieces of wood, concrete, or metal together.

Once you bolt a carriage bolt in, you can forget about taking it out. Here’s why, its dome-shaped head makes it more challenging to screw off.

Because of this, you can use carriage bolts to build a swing set for your kids.

If you want to refine your backyard, you can also use the bolts to build a gorgeous pergola. 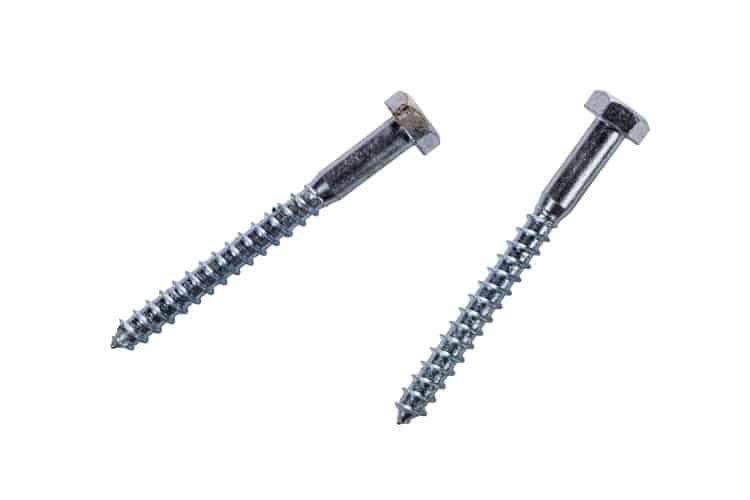 Lag screws are also commonly referred to as lag bolts. That could be mainly due to how both don’t require any washers or nuts when inserted on a working surface.

Nevertheless, lag screws aren’t as strong as their bolt counterparts.

If we’re comparing lag screws and carriage bolts, it’s easier to see which is more apt for the more intense building plans: the latter.

On the other hand, lag screws come in many sizes and are mainly used for wooden projects rather than concrete or metal ones.

Since they’re screws, they have an engraved screw head, which makes them easier to install with a drill, contrary to a carriage bolt’s flat top.

Tips to Maintain Your Bolts 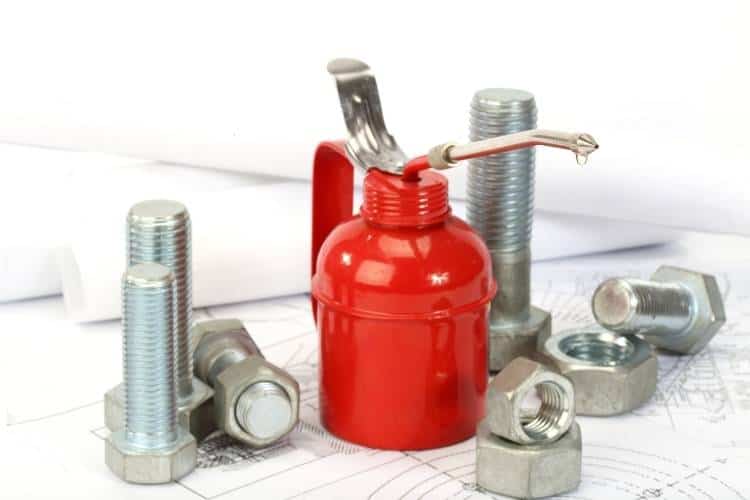 Whether you’ve chosen carriage or lag bolts, here are a few valuable tips to keep them lasting longer.

What to Use Instead of Carriage and Lag Bolts

If you’re looking for an alternative for carriage bolts, you want a bolt to match their strength. We recommend considering a bolt replacement, like ThruLock.

As for lag bolts, you might want to use structural screws instead. They’re just as strong, if not stronger. You also don’t need to use a wrench but a drill instead, making things easier.

Choosing between lag bolt vs carriage bolt doesn’t need to take up your time at the hardware store. You can choose the right one based on what kind of project you want to accomplish.

Minor projects usually require lag bolts, while the ones with more heavy lifting are left for carriage bolts. In some cases, we believe that you can trust your gut to pick the proper one.