By Aaron Bauer
In Blog 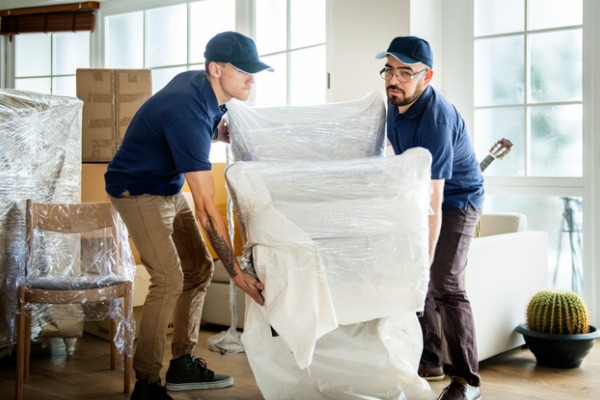 Whether you’re moving to the other side of town or the country, it’s important that you protect yourself from moving scams. Working with the wrong team could lead to some of your belongings ending up missing or broken. In other cases, the company might not live up to their end of the bargain.

So many people make the mistake of trusting the first moving company they come across. However, it’s essential that you vet any moving team you’re thinking or hiring thoroughly if you don’t want to have to deal with additional stress or loss of money. Here are some tell tale signs that you should not be working with a moving company.

They Don’t Have the Proper Licensing

The worst thing you could do is hire a company that doesn’t have the proper license to lawfully operate. This is especially important if you are thinking of doing an interstate move. Companies like Local Motion, for instance, are licensed by the U.S. Department of Transportation which allows them to move between state lines.

Companies that only do moves within the state, on the other hand, will only need to be licensed by the state. So, before you hire someone to move between states, make sure that you ask any company for their DOT number and look it up on the FMCSA’s database.

They Have No Insurance

The second biggest mistake you could make is to work with someone that is not insured. Not only should they have coverage for anything they may damage, but they should have coverage for their employees as well. If they don’t, you could actually end up being on the hook if one of their employees gets injured on your premises while performing the move.

Their Valuation is Unrealistic

Any valuation that looks too good to be true usually is, so think twice before hiring a company that gives you an unrealistically low estimate. Some will give you a low offer just to reel you in, only to double or even triple it afterwards once they get you. Look around, ask for estimates, and weed out anyone with estimates that seem uncharacteristically high or low.

If you want to cover your bases, go for a company that offers binding estimates. Those who offer non binding estimates will offer you a quote based on an estimated weight. This could change once they get the actual weight of your belongings, but with a binding estimate, they have no choice but to respect the original estimate they gave you.

They Have Poor Reviews

Also try to look at some of the reviews they’ve received. You want to work with a company that has lots of reviews, and those reviews should be largely positive. Don’t exclude a company just because they had a few negatives though. It’s perfectly normal for some clients to be unsatisfied, especially with something like moving. Look at the nature of the complaints, see how the company responded, and try to determine if there’s a pattern.

If you stay on the lookout for these few red flags, you should be able to weed out bad apples, and find the perfect team for your job. Make sure that you look at your options, and don’t be afraid to ask for a second opinion either.